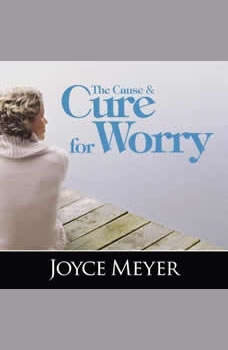 The Cause and Cure for Worry

What causes us to worry in the first place? Many times it’s because we’re trying to fix problems that aren’t our responsibility to fix. Or if it is, we don’t have the full means to solve them on our own. We must learn to trust that God’s looking out for our best interest and is constantly working on our behalf. This five-part series will help you overcome worry by discovering… How to truly trust Him one day at a time; The power of keeping a positive mindset; God’s four-point plan for living in peace; The wisdom of choosing worship over worry. Let God show you your role, then let Him do the rest. As you’re faithful to do your part, He will be faithful to do His. Only then will you be able to rest and begin enjoying the full life He has planned for you!