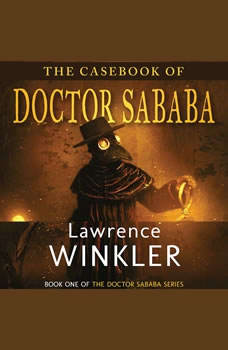 The Casebook of Doctor Sababa

You will love Harbour City. Most visitors to the island drive right through, without taking time to explore its attractions. But you’re not most visitors. You will get to spend some time.Go head. Turn on your radio. That’s BC Bud, 101.3 FM on your Home and Native Band. He will announce your special arrival. And if you catch something more than a salmon, you could be referred to Doctor Sababa, an Internal Medicine consultant at Harbour City Regional, the Sage of the Salish Sea. He would amuse you with his wit and wisdom, and the spontaneous combustion and thrust they generate, often mixed in unequal proportions, as he dances with the devil in the pale moonlight. Before there was artificial intelligence, he was the real thing, working in the mysterious old ways of a masterless samurai. In the myriad motions of all celestial objects, he was a meteor. With proper care, you might even survive your encounter. Welcome to the spring and summer of his Casebook. Welcome to Sababaland.

Maggie O'Brien, a nurse and medic on a SWAT team, has a thirst for justice, and a chip on her shoulder. She lives in the shadow of her father, a famous (or infamous) cop. Is she more like him than she wants to admit? The question hits home when Magg...

Dr. Thea Sperelakis has always been an outsider. She has a brilliant medical mind and a remarkable ability to recall details, but her difficulty in dealing with hidden agendas and interpersonal conflicts has led her to leave the complex, money-drive...

From neuroscientist and New York Times bestselling author of Still Alice comes a powerful and heartbreaking exploration of regret, forgiveness, freedom, and what it means to be alive.An accomplished concert pianist, Richard received standing ovation...

Get drawn into a novel of medical suspense that begins with these chilling questions: Who ends up with the blood samples you routinely give for tests? What else are they being used for? Why don’t you know?Take a Deep Breath....From Boston, a d...

It’s the winter of 1967 and snow is on the ground in the colorful Irish village of Ballybucklebo, but the chilly weather can’t stop love from warming hearts all over the county. Not just the love between a man and woman, as with young do...