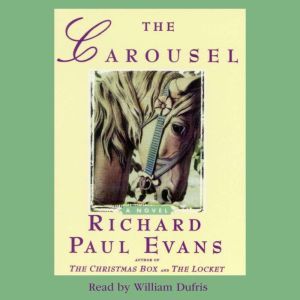 This is the love story of Michael Keddington and Faye Murrow, a love story that takes place not in seclusion, but in the real world, with the challenges that all lovers must face. No relationship is an island: there are threads that bind us all and pull at our lives: the demands of family, friends, work, and social obligation. And there are times that the pull of those threads becomes greater than the strength of the relationship. In these times, no matter how much two people love each other, a relationship must grow strong or be torn apart.The Carousel is about what happens when life doesn't turn out the way that we planned. More than a love story, it is about faith, loyalty, and sacrifice.My hope is that you, and those with whom you share this audiobook, might find the message of this story meaningful and applicable to your own life.And that in some way you might feel changed.Sincerely,Richard Paul Evans

This book will tug at your heartstrings with romance, touching moments of self sacrifice, people who are down on their luck being helped through true altruism, and true love. I think that for people who really like a romantic novel, this is it. It wasn't the type of thing that I normally like, although I did read the whole thing. In particular, it seemed a bit out of touch with what young people are like, at least, in this day and age. I was surprised to see the copyright circa 2000. It was just a bit too sappy for me.