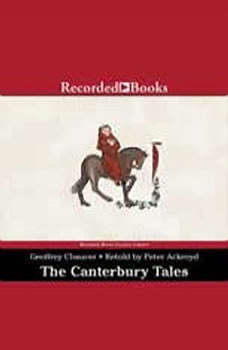 The Canterbury Tales: A Retelling

Author Peter Ackroyd has won the Somerset Maugham Award, the Whitbread Novel of the Year, and the Guardian Fiction Prize, and was shortlisted for the Booker Prize. Based on Geoffrey Chaucer’s immortal work, this retelling of The Canterbury Tales follows a party of travelers as they tell stories amongst themselves about love and chivalry, saints and legends, travel and adventure. Through allegory, satire, and humor, the tales help pass the time during their journey. Narrators: Toby Leonard Moore, Colin McPhillamy, J Keating