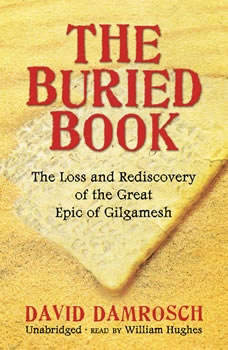 The Buried Book: The Loss and Rediscovery of the Great Epic of Gilgamesh

Etched in the wedge-shaped letters known as cuneiform on clay tablets, the Epic of Gilgamesh stands as the earliest classic of world literature. Its earliest surviving fragments date back to the eighteenth century BC, more than 3,700 years ago. In The Buried Book, David Damrosch tells the story of George Smith, a self-taught linguist, who one momentous afternoon in 1872 was working at the British Museum, going through a pile of Layard’s clay tablets, when he suddenly realized that he was reading about “a flood, storm, a ship caught on a mountain, and a bird sent out in search of dry land.” Daring adventurers, fearless explorers, ancient kings, gods, and goddesses come to life in this riveting story of the first great epic and its rediscovery in the nineteenth century.

The Iliad and The Odyssey of Homer
by Timothy B. Shutt