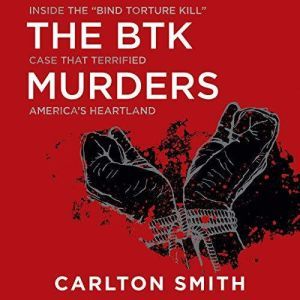 The BTK Murders: Inside the "Bind Torture Kill" Case that Terrified America's Heartland

From 1974 to 1991, someone in the midwestern city of Wichita was leaving behind slain tortured bodies and anonymously proclaiming himself to police and reporters as "BTK" for "Bind, Torture, Kill." Then, for the next 14 years, BTK was silent. But when he began sending letters again, investigators would not miss their chance...Stunningly, police arrested Dennis Rader, the president of his church board and the father of two. As a shocked community watched, evidence began to pile up. Then Rader coldly described how he went about "his projects" as the families of his victims relived the horrific scenes this supposed pillar of the community had unleashed on their loved ones.From the tricks he used to enter his victims' homes to the puzzles he sent the media and the key role his own daughter may have played in his arrest, The BTK Murders is the definitive story of the BTK killer. He was, as one victim's family member called him, "a black hole inside the shell of a human being"—and the worst American serial killer since Ted Bundy.