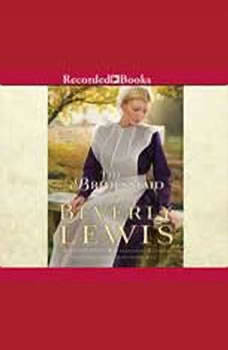 Beverly Lewis has received numerous awards-including multiple Silver Angels-on her way to becoming one of the world's most popular inspirational writers. Twenty-seven-year-old Amish woman Joanna Kurtz has been a bridesmaid plenty of times, but never a bride. And despite having a secret romance with responsible young Amishman Eben Troyer, their relationship can only go so far because the two are always kept apart. Will Joanna ever know the joys of marriage? Narrators: Christina Moore, Erin Moon

The Fiddler
by Beverly Lewis

A wrong turn in a rainstorm leads Englisher Amelia Devries to Michael Hostetler--and the young Amishman's charming Old Order community of Hickory Hollow. Despite their very different backgrounds, Amelia and Michael both feel hemmed in by the expecta...

The Secret Keeper
by Beverly Lewis

Readers Eagerly Await the Latest from Beverly Lewis, the #1 Name in Amish Fiction. With her love for all things old-fashioned, Jennifer Burns has often been told she's an "old soul," but no one is prepared for the young woman's decision to set aside...

The Guardian
by Beverly Lewis

Best-selling author Beverly Lewis has received numerous awards for her books depicting Amish life. While taking her morning run, Amish schoolteacher Jodi Winfield makes a startling find on the side of the road—a preschool-aged girl, crying and...

The Forbidden
by Beverly Lewis

The Bridesmaid
Home to Hickory Hollow #2

The Guardian
Home to Hickory Hollow #3