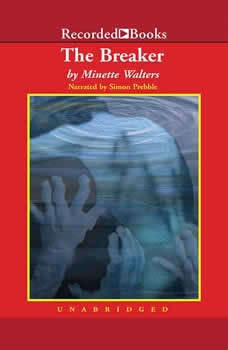 With six critically-acclaimed novels to her credit, this Edgar Award-winning author is so widely popular that her work has been adapted for television and translated into 32 languages. An international best-seller, The Breaker is a masterpiece of psychological suspense. Twelve hours after Kate Sumner's brutally murdered body washes up on the beach, her traumatized three-year-old daughter is found wandering the streets alone. At first, the prime suspect is a young actor, obsessed with pornography. But now the local English constable has doubts about the victim's husband. Was he really out of town when she was killed? And why does the child scream every time her father comes near her? Holding readers in an exhilarating state of anticipation, British author Minette Walters guides them through a startling maze where nothing is as it seems, and even the innocent tell lies. From beginning to end, the only certainty on which listeners can rely is the superb delivery of veteran narrator Simon Prebble.