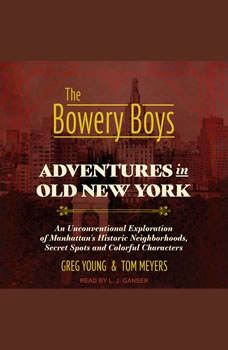 The Bowery Boys podcast is a phenomenon, thrilling audiences each month with one amazing story after the next. Now, in their first-ever book, the duo gives you an exclusive personal tour through New York's old cobblestone streets and gas-lit back alleyways. Featuring fascinating guides to: ● Hell's Kitchen and Columbus Circle ● The Bowery and Astor Place ● Tribeca and Foley Square ● Chinatown and Little Italy ● and all the rest of New York!