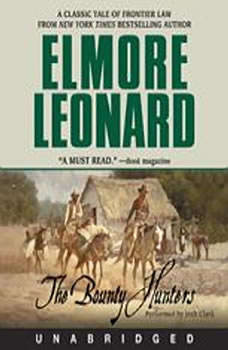 The old Apache renegade Soldado Viejo is hiding out in Mexico, and the Arizona Department Adjutant has selected two men to hunt him down. One -- Dave Flynn -- knows war, the land, and the nature of his prey. The other is a kid lieutenant named Bowers. But there's a different kind of war happening in Soyopa. And if Flynn and his young associate choose the wrong allies -- and the wrong enemy -- they won't be getting out alive.

Shadow of a Star
by Elmer Kelton

Deputy Sheriff Jim-Bob McClain isn't sure he's ready to follow in his father's footsteps as the law in Coolridge County. In fact, he has a hard enough time keeping the peace between the drunks in the local saloon. But with tough Sheriff Mont Naylor ...

National best-selling author and New Mexico native Michael McGarrity takes listeners to the wild territory of the late 19th-century American Southwest for this epic tale. After the deaths of his wife and brother, John Kerney gives up his West Texas...