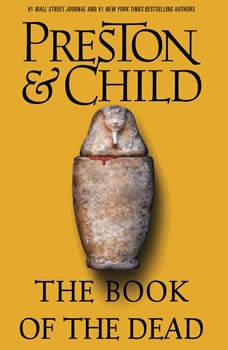 The Book of the Dead

An FBI agent, rotting away in a high-security prison for a murder he did not commit...His brilliant, psychotic brother, about to perpetrate a horrific crime...A young woman with an extrodinary past, on th edge of a violent breakdown...An ancient Egyptian tomb with an enigmatic curse, about to be unveiled at a celebrity-studded New York gala...Memento Mori