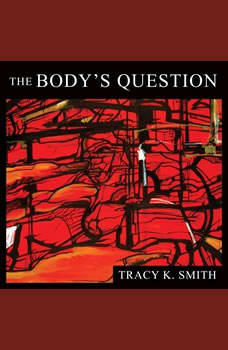 The Body's Question by Tracy K. Smith received the 2002 Cave Canem Poetry Prize for the best first book by an African-American poet, selected by Kevin Young. Confronting loss, historical intersections with race and family, and the threshold between childhood and adulthood, Smith gathers courage and direction from the many disparate selves encountered in these poems, until, as she writes, 'I was anyone I wanted to be.'

This program is read by the author.An incisive new collection of poetry on political and contemporary themesI’m made of murderers I’m madeOf nobodies and immigrants and the poorand a whole / Family the mother’sliver and her lungsI...

In these brilliant new poems, Tracy K. Smith envisions a sci-fi future sucked clean of any real dangers, contemplates the dark matter that keeps people both close and distant, and revisits the kitschy concepts like 'love' and 'illness' now relegated...