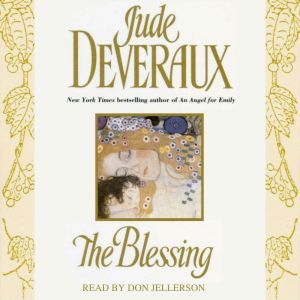 When wealthy, hard-driving corporate genius Jason Wilding reluctantly takes a break from his business and his husband-hunting girlfriends for a Christmas visit to his hometown in Abernathy, Kentucky, he has no idea what his physician brother, David, has in store for him. It seems that Amy Thompkins, a whimsical young widow with definite artistic talent, has captured David's heart, but courting her with a demanding baby in tow has been difficult. In order to pursue her, he persuades Jason to move into her home and take care of her spoiled but adorable son, Max, for a week.For a fiercely efficient CEO, it's an impossible scene: a falling-down old house; buckets on the dining room floor to catch the rain; a widow living on next to nothing, with no marketable skills. But Amy's joy for life, her love for her son, and her sparkling humor are irresistible -- and tiny Max adores Jason beyond reason. Soon, Jason sees Amy and her future as a prime target for his strategic planning. Importing his private chef to prepare the little one's food and buying a baby store so that his mother can get real bargains are just the beginning. Because enigmatic Jason is thawing -- the tender feelings and longing he has buried for years are begging to be heard. The mutual attraction is glowing bright, but what to do about David? Once again, Jude Deveraux's deft hand and loving vision conjure up a novel full of surprises and delights, in a story that will warm all our hearts and make us believe in the power of miracles, large and small. It's a tale for all seasons, and a love story to remember always.

A heartwarming story which was a joy to read!