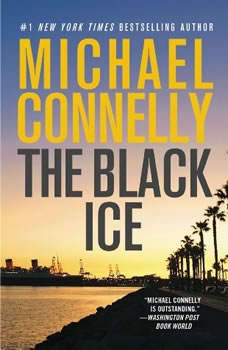 Narcotics officer Cal Moore's orders were to look into the city's latest drug killing. Instead, he ends up in a motel room with his head in several pieces and a suicide note stuffed in his back pocket.Years ago, Harry Bosch learned the first rule of the good cop: don't look for the facts, but the glue that holds them together. Now, Harry's making some very dangerous connections, starting with one dead cop and leading to a bloody string of murders that winds from Hollywood Boulevard's drug bazaar to the dusty back alleys south of the border and into the center of a complex and lethal game—one in which Harry is the next and likeliest victim.

This story is very interesting. However there is too much lag time... I kept thinking Get to the action already! But the author seems intent on telling us the main characters every thought and feeling. If the story had moved at a quicker pace with less filling I would have given it 4 starts. Im going to try another book in the series to see if the action picks up, if not Ill abandon this series.