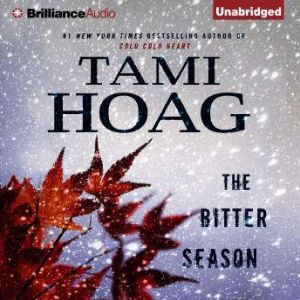 #1 New York Times bestselling author Tami Hoag explores the devastating consequences of the secrets families keep in this powerful thriller.As the dreary, bitter weather of late fall descends on Minneapolis, Detective Nikki Liska is restless. After moving to the cold case squad in order to spend more time with her sons, she misses the rush of pulling an all-nighter, the sense of urgency of hunting a murderer on the loose. Most of all she misses her old partner, Sam Kovac. Sam is having an even harder time adjusting to Nikki's absence, saddled with a green new partner younger than pieces of Sam's wardrobe. Sam is distracted from his troubles by an especially brutal double homicide: a middle-aged husband and wife bludgeoned and hacked to death in their home with a ceremonial Japanese samurai sword. Nikki's case, the unsolved murder of a family man, community leader, and decorated sex crimes detective for the Minneapolis PD, is less of a distraction: twenty years later, there is little hope for finding the killer who got away.On the other end of the spectrum, Minneapolis resident Evi Burke has a life she only dreamed of as a kid in and out of foster homes: a beautiful home, a family, people who love her, a fulfilling job. Little does she know that a danger from her past is stalking her perfect present. A danger powerful enough to pull in both Kovac and Liska and destroy the perfect life she was never meant to have.