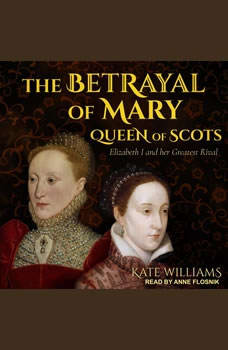 The Betrayal of Mary, Queen of Scots: Elizabeth I and Her Greatest Rival

From the New York Times bestselling author of Becoming Queen Victoria, a new history of Mary Queen of Scots and Elizabeth I that reveals how the most important relationship of their life—their friendship—changed them forever. Elizabeth and Mary were cousins and queens, but eventually it became impossible for them to live together in the same world. This is the story of two women struggling for supremacy in a man's world, when no one thought a woman could govern. They both had to negotiate with men—those who wanted their power and those who wanted their bodies—who were determined to best them. In their worlds, female friendship and alliances were unheard of, but for many years theirs was the only friendship that endured. They were as fascinated by each other as lovers; until they became enemies. Enemies so angry and broken that one of them had to die, and so Elizabeth ordered the execution of Mary. But first they were each other's lone female friends in a violent man's world. Their relationship was one of love, affection, jealousy, antipathy—and finally death.