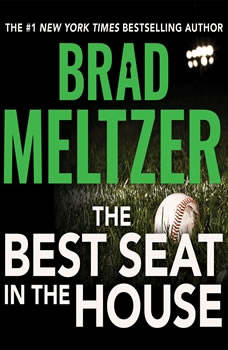 The Best Seat in the House

The real story of Brad with his volunteer little brother. Originally published in USA Weekend magazine for their Make a Difference Day series.

Never Chase Men Again: 38 Dating Secrets to Get the Guy, Keep Him Interested, and Prevent Dead-End Relationships
by Bruce Bryans

If a man doesn't take you seriously, he may feel compelled to have a good time with you. Unfortunately this good time will last until you finally realize you're being taken for a ride or until Mr. Time Waster ultimately moves on to a woman he REALLY...

The most well-know, long-lived, and tried-and-tested relationships guide ever, the phenomenal #1 New York Times bestseller Men Are From Mars, Women Are From Venus is now available for the first time ever as an audio book. In this classic guide to u...

The ultimate “parenting bible” (The Boston Globe) with a new Foreword—a timeless, beloved book on how to effectively communicate with your child from the #1 New York Times bestselling authors.Internationally acclaimed experts on co...

<p>A&nbsp;New York Times&nbsp;best-selling marriage book making a difference! More than one million copies sold!</p><p>Based on over three decades of counseling, as well as scientific and biblical&nbsp;research, Dr. Em...