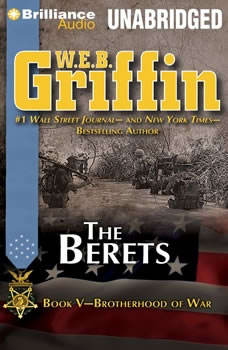 The Berets: Book Five of the Brotherhood of War Series

They were the chosen ones—and the ones who chose to be the best. Never before had the United States given so select a group of fighting men such punishing preparation. Now they were heading for their ultimate test of skill and nerve and sacrifice, in a war unlike any they or their country had ever fought before, in a land that most of America still knew nothing about—Vietnam…“Griffin has captured the rhythms of army life and speech, its rewards and deprivations…. Captivating.” —Publishers Weekly

The Berets: Book Five of the Brothe...
Brotherhood of War Series #5