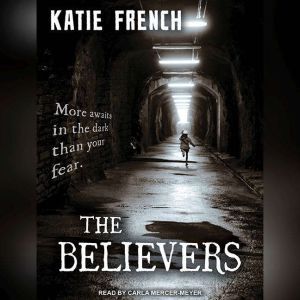 The Believers: The Breeders Book Two

They've escaped the Breeders, yet their journey has just begun. Riley and Clay are once again on the run from the Breeders. The group may have escaped the deranged experiments at the hospital, but as one of the world's last free women, Riley can never be safe. On the road back home, Riley and her crew are captured by a band of savage men. Their destination: the Citadel, run by a bizarre religious prophet named the Messiah. Somehow he knows their secrets. He wants them to join his group of Believers, but only if they'll drink the baptismal water and swear allegiance. The problem is that there's something wrong with the water. Something wrong with the people. And there's human moaning coming from the bottom of a dark crevasse that no one wants to talk about. If they can't figure out what''s going on, Riley and everyone she loves could become a Believer forever.