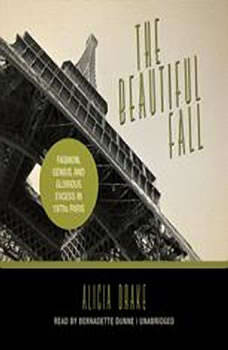 In the 1970s, Paris fashion exploded like a champagne bottle left out in the sun. Amid sequins and longing, celebrities and aspirants flocked to the heart of chic, and Paris became a hothouse of revelry, intrigue, and searing ambition. At the center of it all were fashion's most beloved luminaries-Yves Saint Laurent, the reclusive enfant terrible, and Karl Lagerfeld, the flamboyant freelancer with a talent for reinvention-and they divided Paris into two fabulous halves. Their enduring rivalry is chronicled in this dazzling exposé of an era: of social ambitions, shared obsessions, and the mesmerizing quest for beauty. "Deliciously dramatic...The Beautiful Fall crackles with excitement."-New York Times Book Review