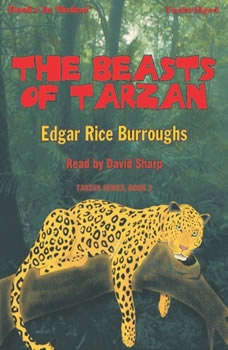 The Beasts Of Tarzan

This is the third story in the TARZAN adventure series. This venture into the wild kingdom thrusts Jane into the thickest of demoniacal plots as Tarzans nemesis, the dark and swarthy Rokoff and his rat-like lieutenant capture her with the intention of wr

The Beasts Of Tarzan
Tarzan #3

Tarzan of the Apes
Tarzan #1

The Beasts of Tarzan
Tarzan #3