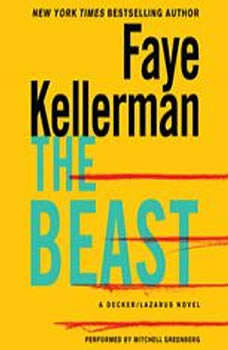 The Beast: A Decker/Lazarus Novel

Throughout his years with the LAPD, Peter Decker has handled a number of tough cases and strange killers. But few of his previous assignments compare to his latest case. When Hobart Penny is found dead in his apartment, the cops think that his pet cat—an adult female tiger—attacked the reclusive elderly billionaire. But it soon becomes clear that the beast that killed the eccentric inventor is all too human. Digging into the victim's life, Decker and his colleagues discover that Penny was an exceptionally peculiar man with exotic tastes, including kinky sex with call girls. Following a trail of clues that leads from a wildlife sanctuary in the San Bernardino Mountains to the wild nightlife of Las Vegas, the LAPD detectives are left juggling too many suspects and too few answers. To break open the case, Decker wrestles with a difficult choice: turning to Chris Donatti, the dangerous man who also happens to be the father of Decker's foster son, Gabriel Whitman.As their work and intimate worlds collide, Decker and his wife, Rina, find themselves facing tough questions. And when all these shocking truths comes out, exactly how well will Decker and Rina cope, and survive?