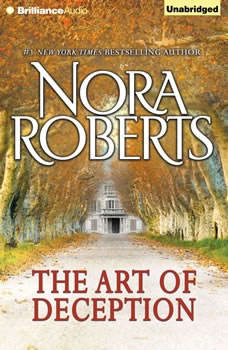 The Art of Deception

From #1 New York Times bestselling author Nora Roberts comes a classic tale about the promises we dare to keep…to those we dare to love!He has supposedly come to her father's estate looking for respite. But Kirby Fairchild can't shake the feeling that handsome Adam Haines isn't quite the man he pretends to be. She couldn't be sure. But what she does know without a doubt is that as the days and nights wear on, the attraction she feels for this man is only growing stronger….