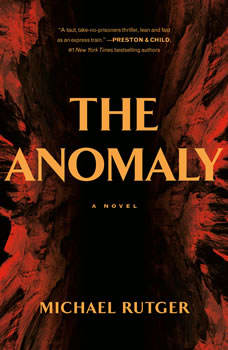 INDIANA JONES MEETS THE X-FILES IN THIS "TAKE NO PRISONERS' (PRESTON & CHILD) SURVIVAL THRILLER OF A ROGUE ARCHAELOGIST TRAPPED IN A GRAND CANYON CAVE THAT'S A CONSPIRACY THEORY COME TO LIFE.Not all secrets are meant to be found.If Indiana Jones lived in the X-Files era, he might bear at least a passing resemblance to Nolan Moore -- a rogue archaeologist hosting a documentary series derisively dismissed by the "real" experts, but beloved of conspiracy theorists.Nolan sets out to retrace the steps of an explorer from 1909 who claimed to have discovered a mysterious cavern high up in the ancient rock of the Grand Canyon. And, for once, he may have actually found what he seeks. Then the trip takes a nasty turn, and the cave begins turning against them in mysterious ways.Nolan's story becomes one of survival against seemingly impossible odds. The only way out is to answer a series of intriguing questions: What is this strange cave? How has it remained hidden for so long? And what secret does it conceal that made its last visitors attempt to seal it forever?