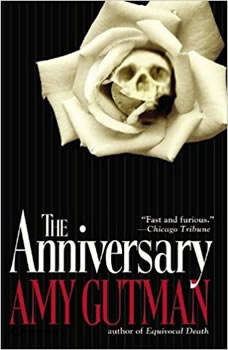 Laura Seton has put her past behind her. Several years earlier, her former boyfriend was put to death after being linked to the murder of more than 100 women. On the fifth anniversary of his death, a chilling note is left at her door - a note that might have come from her dead lover. Unbeknownst to her, two other women receive identical notes - someone is forcing them all to confront a past they've tried to forget. Steven Gage was a charming and elusive psychopathic serial killer. Five years after his capture and execution, his ex-girlfriend, the lawyer who defended him on Death Row, and the writer who turned his story into a bestselling true crime book reach the edge of terror as they are hunted by a shape-shifting shadow from the past.