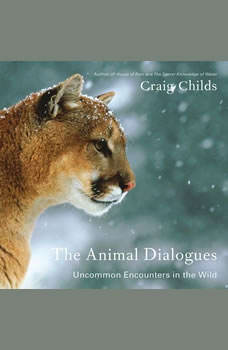 The Animal Dialogues: Uncommon Encounters in the Wild

THE ANIMAL DIALOGUES tells of Craig Childs' own chilling experiences among the grizzlies of the Arctic, sharks off the coast of British Columbia and in the turquoise waters of Central America, jaguars in the bush of northern Mexico, mountain lions, elk, Bighorn Sheep, and others. More than chilling, however, these stories are lyrical, enchanting, and reach beyond what one commonly assumes an "animal story" is or should be. THE ANIMAL DIALOGUES is a book about another world that exists alongside our own, an entire realm of languages and interactions that humans rarely get the chance to witness.

Being a Beast
by Charles Foster

The Inner Life of Animals: Love, Grie...
by Peter Wohlleben