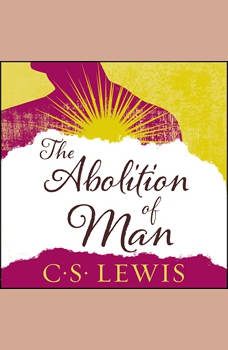 The Abolition of Man

In the classic The Abolition of Man, C.S. Lewis, the most important Christian writer of the 20th century, sets out to persuade his audience of the importance and relevance of universal values such as courage and honor in contemporary society. Both astonishing and prophetic, The Abolition of Man is one of the most debated of Lewis’s extraordinary works. National Review chose it as number seven on their "100 Best Nonfiction Books of the Twentieth Century."