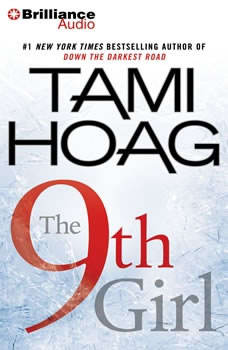 “Kovac had seen more dead bodies than he could count: men, women, children; victims of shootings, stabbings, strangulations, beatings; fresh corpses and bodies that had been left for days in the trunks of cars in the dead of summer. But he had never seen anything quite like this.…”On a frigid New Year’s Eve in Minneapolis, a young woman’s brutalized body falls from the trunk of a car into the path of oncoming traffic. Questions as to whether she was alive or dead when she hit the icy pavement result in her macabre nickname, Zombie Doe. Unidentified and unidentifiable, she is the ninth nameless female victim of the year, and homicide detectives Sam Kovac and Nikki Liska are charged with the task of not only finding out who Zombie Doe is but who in her life hated her enough to destroy her. Was it personal, or could it just have been a crime of opportunity? Their greatest fear is that not only is she their ninth Jane Doe of the year but that she may be the ninth victim of a vicious, transient serial killer they have come to call Doc Holiday.Crisscrossing America’s heartland, Doc Holiday chooses his victims at random, snatching them in one city and leaving them in another, always on a holiday. If Zombie Doe is one of his victims, he has brought his gruesome game to a new and more terrifying level. But as Kovac and Liska begin to uncover the truth, they will find that the monsters in their ninth girl’s life may have lived closer to home. And even as another young woman disappears, they have to ask the question: Which is the greater evil—the devil you know or the devil you don’t?

New York Times bestselling author Faye Kellerman delivers an electrifying crime novel of suspense as a young man’s obsessive investigation into his sister’s death draws him into the path of a sadistic serial killer.He went searching for...

Justice Denied
by J. A. Jance

The investigation of LaShawn Tompkins's murder seemed straightforward enough. Upon his release from death row, the ex-drug-dealer returned to his old neighborhood where he was gunned down on his mother's doorstep. Just another case of turf warfare....

The Burning Wire
by Jeffery Deaver