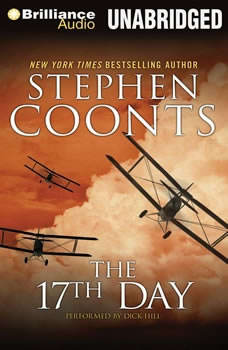 Seventeen days...the average life expectancy of a British aviator during World War I. Last three weeks and you were practically a veteran. Paul Hyde dropped out of college to join the Royal Flying Corps, looking for a grand adventure. And grand it was, or so he assured himself when planes were crashing all around him. Today is his seventeenth day. Will he be able to beat the odds?