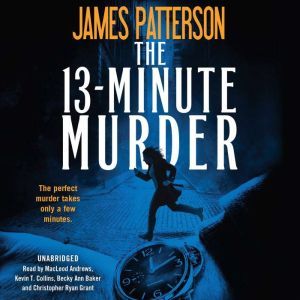 The 13-Minute Murder: A Thriller

What do a psychiatrist, a mother, and an expert hitman have in common? Their time is running out in these three fast-paced thrillers from the World's #1 Bestselling Writer, James Patterson.DEAD MAN RUNNING: Psychiatrist Randall Beck specializes in PTSD cases--and his time is limited. Especially when he uncovers a plot to kill a presidential candidate.113 MINUTES: Molly Rourke's son has been murdered--and she knows who's responsible. Now she's taking the law into her own hands. Never underestimate a mother's love.13-MINUTE MURDER: He can kill anybody in just minutes--from the first approach to the clean escape. His skills have served him well, and he has a grand plan: to get out alive and spend his earnings with his beloved wife, Maria.An anonymous client offers Ryan a rich payout to assassinate a target in Harvard Yard. It's exactly the last big job he needs to complete his plan. The precision strike starts perfectly, then somehow explodes into a horrifying spectacle. Ryan has to run and Maria goes missing. Now the world's fastest hit man sets out for one last score: Revenge. And every minute counts. 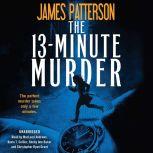 The 13-Minute Murder: A Thriller
BookShots