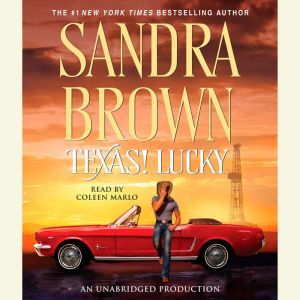 The first book in #1 New York Times bestselling author Sandra Brown’s beloved Texas! trilogy introduces readers to a close-knit family struggling to go on without its patriarch—and to a man in pursuit of an elusive woman who may hold his future in her hands.

Charismatic and easy on the eyes, Lucky Tyler is a born rebel. His romantic conquests have earned him his nickname, while his temper gives him his reputation as the family hothead. One night, he gets in a fight over a woman in distress, followed by a night of passion neither of them will soon forget. But the lady in question has a knack for disappearing. When news breaks of a suspicious fire at Tyler Drilling, Lucky is the prime suspect. Now the mystery woman is more than just the object of his obsession. She’s his alibi.

Devon Haines has tried her best to escape Lucky. Yet his bold pursuit and self-assurance are irresistible. In order to clear him of criminal charges, she must reveal her darkest secret; withholding her help could cost him everything he holds dear. Either way, she risks losing him forever.

First off: The accent was completely off. The reader translates Southern as Virginian or Georgian which really doesnt work AT ALL for East Texas. Boyhidee, you can spot that one coming and going. Even her Dallas accent was off. But whatever.OK: Plot spoilerSo if you can ignore the accent problem for a woman reader, and I dont care much for them, she was okay, the book wasnt dreadful. I didnt send it back. There was a plot, which is a plus. But there was a lot of plottension centered around the whole I have slept with a man I am not married to thing, which in 2011 is about as stupid to me as it gets. OK, it might have been initially a nice touch, but to use it as a plot device throughout the ENTIRE book, especially since she wasnt REALLY married, and OK she was married to a guy she had never slept with who was a total jerk and in prison because he was such a skankyassed weaselfaced nogoodnik whom she could get an annulment from TOMORROW if she wanted to, okay, whatever, honey, THAT just got to be old. Get OVER the excuses. Go be a martyr in some other universe, and dont let the door hit your cute little *** on the way out.And then making her out like she was some kind of feminist just because she had a college degree and a real job really shot the whole story to death. Betcha even tho she was working for a big Dallas paper she wasnt making as much as a guy in the same job! Shes just a Nice Texas Girl, no matter the size of her hair, and the pushing the whole feminist thing as a plot device got really old really quick.But whatever. I listened to it, although I had to pull over in my car a couple of time and throw up on the side of the road. The story wasnt bad. I thought it was a really sicko twist to kill off sweet little Tanya and her fetus at the end just to get selfish selfcentered primadonna Devon to see The Light. That ****ed me off, and Im still not sure if I can stand to listen to part 2 or even part 3, but I felt sorry for Chase and I might want to know what happened. But maybe Ill just buy the Kindle version so I can fastforward through the bull****.I didnt even say anything about the sex scenes, which were a little heavyhanded. Maybe in 1990 this was hot stuff, but in 2011 it seems tired and superficial. And not even all that good. Maybe we just have better *****s now.

Get 5% off your total order by adding 3 or more audiobooks from Texas! Tyler Family Saga 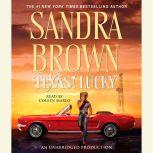 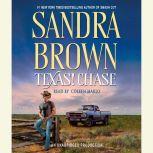 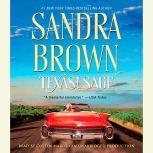