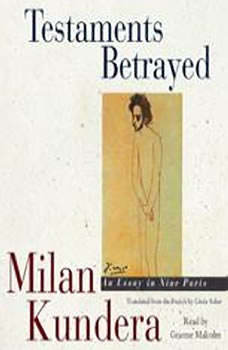 Milan Kundera has established himself as one of the great novelists of our time with such books as The Unbearable Lightness of Being, Immortality and The Book of Laughter and Forgetting. In Testaments Betrayed, he proves himself a brilliant defender of the moral rights of the artist and the respect due to a work of art and its creator's wishes. The betrayal of both—often by their most passionate proponents—is the principal theme of this extraordinary work. Readers will be particularly intrigued by Kundera's impassioned attack on society's shifting moral judgments and persecutions of art and artists, from Mayakovsky to Rushdie.