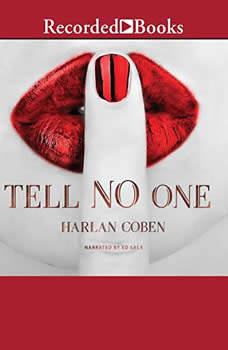 Critically acclaimed, best-selling author Harlan Coben has won the Shamus, Anthony, and Edgar Awards during his impressive career. Tell No One is an irresistibly suspenseful thriller infused with nail-biting tension and packed with shocking plot twists. It has been eight years since Dr. David Beck’s wife, Elizabeth, was murdered by a serial killer. When Beck receives a message containing a phrase only Elizabeth should know, he is tormented to tears. Either someone is playing a sick joke, or the wife he’s never stopped loving is still alive. He’s been warned to tell no one, and as the desperation of his search for the truth intensifies, he heads straight toward a deadly secret. Coben tempers the drama with dashes of sly humor and a cast of unforgettable characters, including a bare-hands assassin, a glamorous plus-size model and a drug dealer with a soft spot for Dr. Beck. Listeners will relish Ed Sala’s exhilarating narration.