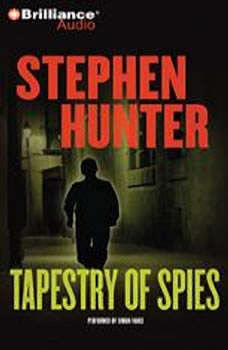 Julian Raines was one of the first Englishmen to volunteer for the international brigade in Spain. The British Secret Service suspect that the flamboyant Raines was recruited for the KGB by the Bolsheviks during his student days at Oxford and send Robert Florry, a struggling young writer, to Spain after Raines with orders to eliminate him. Florry was an old school chum to Raines and had every reason to hate him. The British are not alone on Raines' trail. The ruthless Communist leader in Barcelona believes that the identity of the double agent conceals a powerful and profitable secret. It is a novel that constantly surprises.

The Hit
by David Baldacci

From David Baldacci--#1 bestselling author and one of the world's most popular, widely read storytellers--comes the most thrilling novel of the year. THE HIT Will Robie is a master of killing. A highly skilled assassin, Robie is the man the U.S....

Over the course of ten previous novels, Daniel Silva has established himself as one of the world’s finest writers of international intrigue and espionage—“a worthy successor to such legends as Frederick Forsyth and John le Carr...

Abridged CDs * 5 CDs, 6 hours Fresh from his â€œspectacularâ€ (Cleveland Plain Dealer) debut in Dark of the Moon, investigator Virgil Flowers takes on a puzzlingâ€”and most alarmingâ€̶...