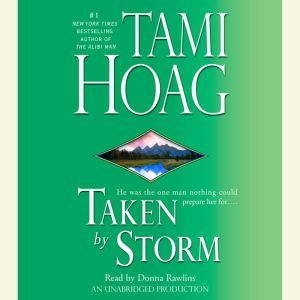 From #1 New York Times bestselling author Tami Hoag comes this bittersweet romance classic about a woman who’s rebuilt her life—and her heart—after the disappointments of the past, only to find her carefully laid plans shattered by a knock on the door.…

As a trauma nurse, Julia McCarver is accustomed to dealing with life-and-death emergencies. But she is the one in shock when she answers the door and finds the past standing there in the person of S. T. “Storm” Dalton. Julia had painstakingly put her life together not just once but three times in the wake of his abrupt and devastating departures, and she has no intention of doing it a fourth time. Because that’s what S.T. promises he will do—break her engagement to another man, her heart, and her future all over again. Except, of course, that’s not what he calls his plan to win her back. He gives himself two weeks to convince Julia that he’s changed, that she is still in love with him, and that—despite conventional wisdom—the fourth time lightning struck can be a charm.