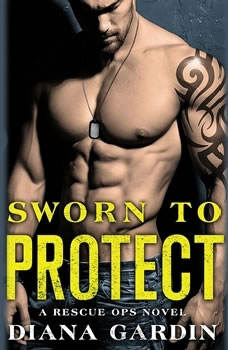 "A sensual, action-filled page-turner that evokes waves of emotion....The sexual tension is thick enough to stop bullets." --Publishers Weekly, Starred ReviewTo keep her safe, he'll have to uncover all her secrets...Rayne Alexander. A face I never thought I'd see again, and one I never could forget. Nine years ago, she left town--and me--without a backward glance. But now she's back, with a haunted look in her eyes and a feisty attitude that didn't exist when we were teenagers. Seeing this grown-up--and sexy--Rayne is something I wasn't prepared for... and it's bringing up feelings I'd thought I'd buried years ago.Although I want to demand answers from Rayne, working on black ops at Night Eagle Security has taught me that it's sometimes better to keep my mouth shut. So when I catch her hiding a photo of a little boy, I'm curious. When I see her jump as her phone rings, I'm concerned. But the second I notice a car following her home, I know she's hiding something. Something dangerous. And while I may not know why she left or why she's back, if there's someone out there Rayne is afraid of, I'll make damn sure that threat is eliminated.The Rescue Ops series: Sworn to ProtectPromise to DefendMine to Save