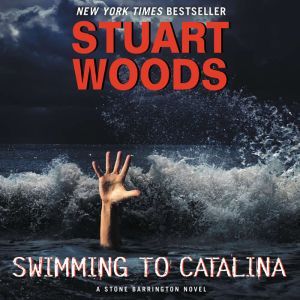 In Swimming to Catalina, ex-cop-turned-Manhattan-attorney and investigator Stone Barrington is back, still smarting from his sudden breakup with brilliant, beautiful magazine writer Arrington Carrington, who has left him to marry Hollywood's hottest male star, Vance Calder. Then Calder calls Stone for help: Arrington has vanished without a trace, and Calder, refusing to call the police, wants Stone to find her. Arriving in L.A. with little to go on, Stone soon finds himself in the deepest kind of trouble as he nearly drowns in a sea of lost leads and empty clues that take him from Bel Air to Malibu to Rodeo Drive. In a town where the sharks drive Bentleys and no one can be trusted, Stone must use all his wits to find Arrington and keep his head above water ... without losing it.Drenched in Hollywood glitz and glamour, and filled with the dizzying plot twists and turns that have made his novels New York Times bestsellers and international sensations, Swimming to Catalina is Stuart Woods' fastest paced, most riveting, and unabashedly fun thriller.Performed by Tony Roberts 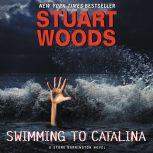