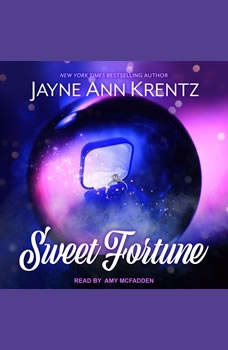 Everyone thought Jessie Benedict's impending marriage to Sam Hatchard was a great arrangement—everyone, that is, but Jessie herself. Was she the only one who could see that Hatchard, her powerful father's protege, had a scheming ulterior motive in marrying her? He was more than just a chip off the old workaholic's block—he was positively lusting after Jessie's inheritance to build his own business empire! Free-spirited Jessie has plans for her own career as a detective—starting with the rescue of a teenage girl from a dangerous cult. But when a break-in and an intimidating act of vandalism strike close to home, her investigation pairs her with the compellingly masculine entrepreneur. Hatch does make her heart beat deliciously fast, but she's not taking orders from any man. Imagine her surprise when he turns out to be not only a friend and ally, but a strong, tender lover who, in the end, knows how to seal a deal—with her resounding "I do!"

Trust Me
by Jayne Ann Krentz

Annie Lyncroft knew her scheme was outrageous. She'd come to the elegant penthouse to meet Oliver Rain, the richest and possibly the most dangerous man in the Pacific Northwest. Annie needed this sensual, secretive corporate maverick for what she wa...