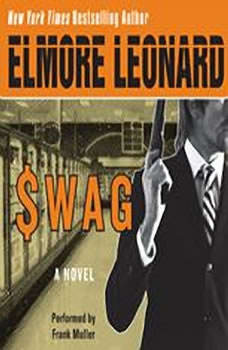 This "brilliant caper" (New York Times) from bestselling author Elmore Leonard is a rollicking tale of modern urban crime featuring a cast of small-time criminals with big-time dreams.Ernest Stickley Jr. figures his luck's about to change when Detroit used-car salesman Frank Ryan catches him trying to boost a ride from Ryan's lot. Frank's got some surefire schemes for getting rich quick—all of them involving guns—and all Stickley has to do is follow "Ryan's Rules" to share the wealth.But sometimes rules need to be bent, maybe even broken to succeed in the world of crime, especially when the "brains" of the operation knows less than nothing.