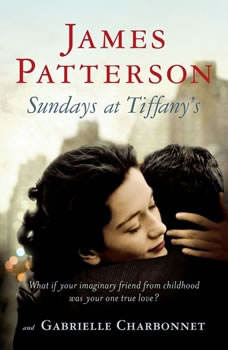 As a little girl, Jane has no one. Her mother Vivienne Margaux, the powerful head of a major New York theater company has no time for her. But she does have one friend--Michael--and no one can see him but her. But Michael can't stay with Jane forever, and on her eighth birthday, her imaginary friend must leave her. When Jane is in her thirties, working for her mother's company, she is just as alone as she was as a child. Her boyfriend hardly knows she's there and is more interested in what Vivienne can do for his career. Her mother practically treats her as a slave in the office, despite the great success of Jane's first play, "Thank Heaven." Then she finds Michael--handsome, and just the same as she remembers him, only now he's not imaginary. For once in her life, Jane is happy--and has someone who loves her back. But not even Michael knows the reason behind why they've really been reunited.

Good concept-loney child has wonderful imaginary friend who is a positive and affirming presence . At a certain age, he has to leave her-very touching, but she gets through it.The interesting part is that we hear the story partly from the imaginary friend-whose job is to nurture these kids. So why does it have to go from a great story to a stupid, unbelievable fairy tale that involes sex with that special childhood friend? Why couldn't they have kept with the idea that grown ups cannot see the imaginary friend, and if they do, all the memory and magic gets erased? Instead, it becomes a cheap romance novel. Sorry-it started out innocent and fun, and became just another silly story. Very disappointing.

This book was sooo disapointing I loved the other two romantic novels but this was just lame.

I will admit that I wanted to shout get a spine! at the heroine and then, finally, she did! Not as strong as one, as I hoped but still. A very good story, enjoyed every minute of it.

I think the other reviews I read on this book were overly harsh. Yes, I might have written the ending a bit differently/ tighter but it's an endearing book that captures you immediately. Have you ever read a book/ seen a movie where the characters have supposedly developed a relationship but it just wasn't there/ you did't buy it? This book really develops its characters and you are into it. I stayed up till 2am finishing it. A girly book, yes, but I encourage you to give it a go.