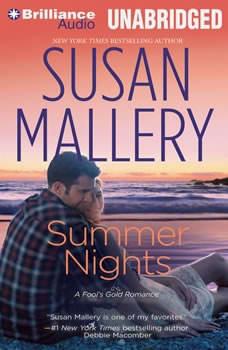 Horse whisperer Shane Stryker is done with passion. This time around, he’s determined to meet someone who will be content with the quiet life of a rancher’s wife. And the fiery, pint-size redhead who dazzles him at the local bar definitely does not fit the bill.Small-town librarian Annabelle Weiss has always seen herself as more of a sweetheart than a siren, so she can’t understand why Shane keeps pushing her away. Shane has formed the totally wrong impression of her but only he can help her with a special event for the next Fool’s Gold festival. And maybe while he’s at it, she can convince him to teach her a few things about kissing on hot summer nights, too—some lessons, a girl shouldn’t learn from reading a book!