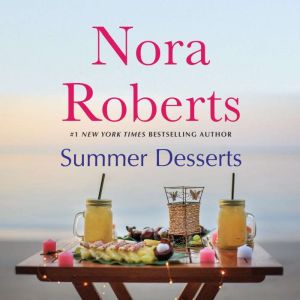 A sweet and savory romance from #1 New York Times bestselling author Nora Roberts, Summer Desserts serves up passion and pleasure when two chefs combine the right ingredients for love.Decadent dessert designer Summer Lyndon is celebrated around the world for sharing her creations with the wealthy and celebrity sets. So she is intrigued when Blake Cocharan—a respected chef renowned for his cordon bleu—taps her to spend the summer in the restaurant of his luxury Philadelphia hotel to give his menu a makeover. Taking a break from her travels will be just as challenging at developing delectable cuisines, but Summer never expected working so closely with Blake would mean losing her heart to him.