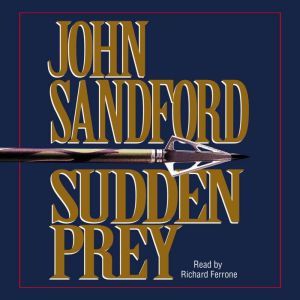 Revenge is the engine which powers this entry in John Sandford's Prey series starring superslick Minnesota cop Lucas Davenport. When a dangerous female bank robber is killed in a shootout, her even more dangerous husband escapes from prison and begins a campaign of retribution against the families of Davenport and his team.