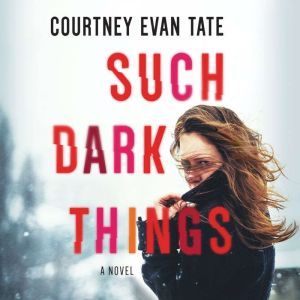 A HORRIFIC RECURRING NIGHTMARE IS THREATENING TO STEAL HER SANITY…

Dr. Corinne Cabot is living the American dream. She’s a successful ER physician in Chicago who’s married to a handsome husband. Together they live in a charming house in the suburbs. But appearances can be deceiving—and what no one can see is Corinne’s dark past. Troubling gaps in her memory mean she recalls little about a haunting event in her life years ago that changed everything.

She remembers only being in the house the night two people were found murdered. Her father was there, too. Now her father is in prison; she hasn’t been in contact in years. Repressing that terrifying memory has caused Corinne moments of paranoia and panic. Sometimes she thinks she sees things that aren’t there, hears words that haven’t been spoken. Or have they? She fears she may be losing her mind, unable to determine what’s real and what’s not.

So when she senses her husband’s growing distance, she thinks she’s imagining things. She writes her suspicions off to fatigue, overwork, anything to explain what she can’t accept—that her life really isn’t what it seems.