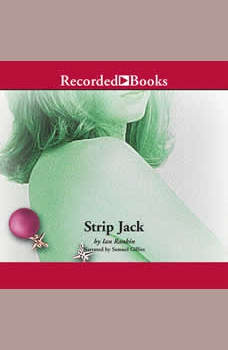 Gold Dagger-winner and best-selling author in the United Kingdom, Ian Rankin crafts absorbing crime novels with solidly drawn characters and first-rate plotting. In Strip Jack, he portrays a shocking murder investigation that exposes the sordid side of Edinburgh politics and society. Detective John Rebus suspects a set-up when a respected Member of Parliament is caught in a police raid on a brothel-and his flamboyant wife suddenly disappears. After the woman's badly beaten body shows up, it becomes Rebus' job to find the killer. Is the MP really self-destructing as circumstances suggest? Or is a bitter enemy out to get him? Suddenly Rebus finds himself facing off with a cunning killer who holds all the cards. Narrator Samuel Gillies' well-paced performance underscores all the tension in this intriguing read.