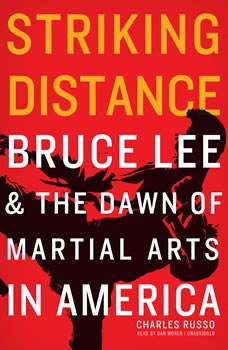 In the spring of 1959, eighteen-year-old Bruce Lee returned to San Francisco, the city of his birth, and quickly inserted himself into the West Coasts fledgling martial arts culture. Even though Asian fighting styles were widely unknown to mainstream America, Bruce encountered a robust fight culture in a San Francisco Bay area that was populated with talented and trailblazing practitioners such as Lau Bun, Chinatowns aging kung fu patriarch; Wally Jay, the innovative Hawaiian jujitsu master; and James Lee, the no-nonsense Oakland street fighter. Regarded by some as a brash loudmouth and by others as a dynamic visionary, Bruce spent his first few years back in America advocating a more modern approach to the martial arts and showing little regard for the damaged egos left in his wake. In the Chinese calendar, 1964 was the Year of the Green Dragon. It would be a challenging and eventful year for Bruce. He would broadcast his dissenting view before the first great international martial arts gathering and then defend it by facing down Chinatowns young ace kung fu practitioner in a legendary behind-closed-doors, high-noon-style showdown. The Year of the Green Dragon saw the dawn of martial arts in America and the rise of an icon. Drawing on more than one hundred original interviews and an eclectic array of sources, Striking Distance is an engrossing narrative chronicling San Francisco Bays pioneering martial arts scene as it thrived in the early 1960s and offers an in-depth look at a widely unknown chapter of Bruce Lees iconic life.