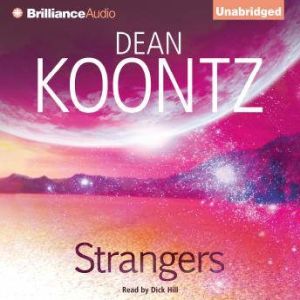 They were strangers. A handful of people. From different backgrounds, living in different towns and cities across America, they had nothing in common—except fear. They were victims. Cold and stark, an unknown terror gripped their dreams and turned their days into living nightmares. They were chosen. And they could not escape. Deep in the heart of a sprawling desert, a dark memory called out to them drawing them to the Tranquility Motel—where the terrifying truth was waiting….

I had hard time putting this book down. It is long, but it is worth the wait. I even considered taking a mental health day from work just to keep reading.

I am a huge Dean Koontz fan, but I thought this was one of the most boring books I've ever read. I read about 500 pages of it kept telling myself it would get better and finally sent it back. I have NEVER given up on a book without finishing it before, but I got to the point where I just didn't care how it ended.