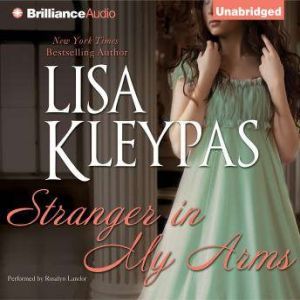 Stranger in My Arms

“Lady Hawksworth, your husband is not dead.” With those words, Lara’s life turned upside down. Hunter, Earl of Hawksworth, had been lost at sea. Or so she’d been told. Their unhappy marriage – with its cold caresses and passionless kisses – was over. But now a powerful, virile man stood before her, telling secrets only a husband could know, and vowing she would once again be his wife in every way. While Lara couldn’t deny that this man with the smoldering dark eyes resembled Hunter, he was attentive and loving in ways he never was before. Soon she desperately wanted to believe, with every beat of her heart, that this stranger was truly her husband. But had this rake reformed – or was Lara being seduced by a cunning stranger?