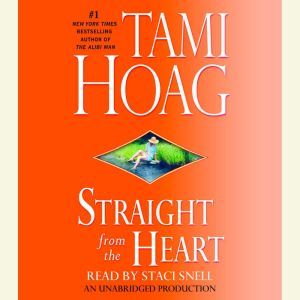 Straight from the Heart

From #1 New York Times bestselling author Tami Hoag comes this powerful novel of passion, heartbreak, and redemption—a story that celebrates our capacity to love one time, for all time, even in the face of adversity and change.

They say that each of us becomes an entirely new person every seven years. But Rebecca Bradshaw doesn’t feel any different when an old lover shows up severely injured at the hospital where she runs the physical therapy department. Seven years ago baseball player Jace Cooper left her without a second thought or the chance to share the life-changing secret she swore she’d keep from him forever. Now he was back, wanting both her help and a second chance. Becca hadn’t changed, and she didn’t believe Jace had either, but as she helped him repair his broken body and his fractured past, she would find she was wrong on both counts. The only thing that had stayed the same was the most important thing of all—and now suddenly time was running out.