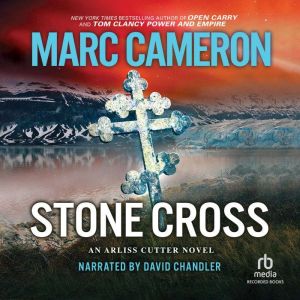 In a remote Alaskan village, Deputy US Marshal Arliss Cutter searches for a stone-cold killer amid a hotbed of corruption, lies, and long-buried secrets . . . Winter comes early to the rural native community of Stone Cross, Alaska-and so does hunting season. Caribou and moose are a major source of food through the long, dark months ahead. But Arliss Cutter has come here for a very different game. A federal judge is receiving death threats and refuses protection. Cutter and his deputy Lola Teariki have been assigned to shadow him on his trip to this icy outland to make sure that he's safe. But they quickly discover that no one is ever really safe in a place like this. And no one is above suspicion . . . When Cutter and Lola arrive, the village is already gripped with fear. A young couple has disappeared from their fishing lodge, just eight miles upriver. Their handyman has been found dead, next to a crude drawing of a mysterious symbol. To make matters worse, a dense fog has descended on the region, isolating the town from civilization. With the judge's life still at risk, and two people still missing, Cutter and Lola have their work cut out for them. But navigating the small-town customs and blood-bound traditions of this close-knit community won't be easy. When the secrets come out, the deadly hunt is on . . . Because in Alaska, nothing runs colder than blood.